Get fresh music recommendations delivered to your inbox every Friday.
We've updated our Terms of Use. You can review the changes here.

by Damon Moon & The Whispering Drifters 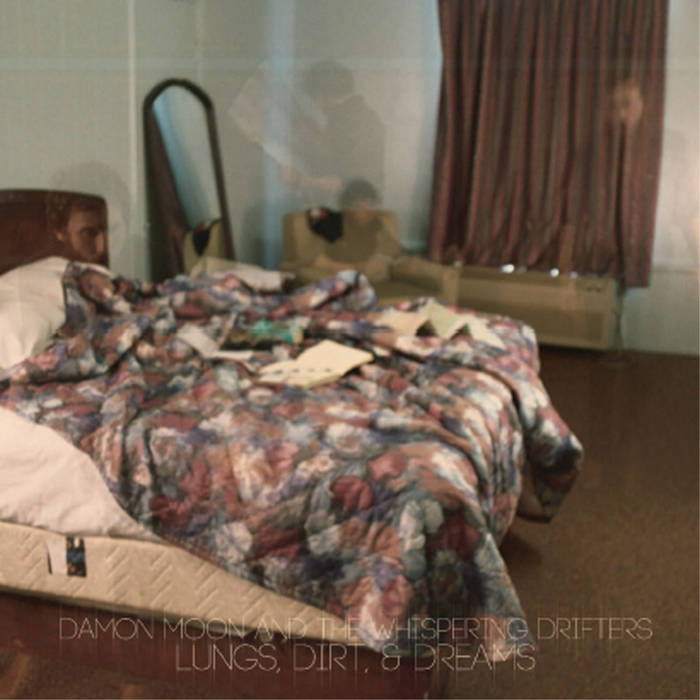 Pascal Gilgen an intense and soulful singer songwriter folk album full of dissolute guitars and melodies. one of my favorites in 2012. Favorite track: Gild The Lily.

"Damon Moon and the Whispering Drifters literally came down off the mountain to deliver unto us their newest album due out in February 2012. It was recorded in a cabin on a mountain near Tiger, GA. “The whole idea of being able to take an extended period of time out of your life, to spend in an isolated environment out in the wilderness to record a record, is something that I think every musician dreams about (I know I have for many years)” says Damon Moon. They currently have 4 CD’s out; The Holy Noise EP, Meridian Road, Burlap, and Snowed in Session EP.

With Damon’s rotating cast of players, he holds strong to his convictions and his music is proof of this; he is a great live performer and his band of beards give great support to his music. By the way, I asked about their beards; and having a beard is not a prerequisite for the band members. They all have their own stories, their own music, but they give to Damon Moon and the Whispering Drifters the heart and performance that you wouldn’t expect really…

The man is truly a poet in his own right. His lyrics are strong and meaningful, as are his words. I asked Damon how he managed to keep up his energy night after night on tour. He told me that first of all, they are passionate about their music. That is key. He also said that “music is a means of travel…travel is the only means for music.” They’ve been coined “road warriors” in other interviews. I have to say that fits perfectly. He says that “the road provides a space for you to think about things” and it seems to me that he gets a lot of time out on the road and a lot of time to think. When I asked Damon where the inspiration comes from for his music, he said that he uses music to confront his demons, it is very autobiographical. His music is about the tough times he has gone through and how he still rises above it all and comes out a better, stronger person. You can’t help but to look at and past the beard, and see this guy who is just passionate about life and being on the road." - Kayt Westerlund / Indie Music Reviewer

"Earlier this week the label leaked “Seasonal Suite No. 62” as the first look at what the group has been up to over the last several months. This latest number from Moon and Co. is cut from the same rustic darkness as anything they've crafted in the past, but it also hints at a more experimental side of the group that was captured back in March/April when they retreated to the North Georgia mountain town called Tiger to record.

Here the lush, full-bodied sound, the aching lap steel, and Sydney Eloise Ward’s sparse vocal textures conjure up a dreamlike and fatalistic hue that transcends gothic Americana by settling into a wilting ambiance that’s both haunting and hypnotic as it pulls at your heart strings." – Chad Radford / Creative Loafing Atlanta

This album was recorded in Tiger, GA in a log cabin atop Glassy Mountain.

Recorded and engineered by Damon Moon

Mixed by Lane Johnson at Glow In The Dark studios

All songs written by Damon Moon & The Whispering Drifters

Trevor de Brauw of RLYR and Pelican stops by for a chat, plus a tribute to the late Trevor Strnad